Posted by Stephen Meserve on May 03, 2010
Garrett Stafford has been suspended for three games by the AHL for his elbow in the Stars' game on Sunday versus the Wolves. Stafford will be unavailable for all of the Stars home games. I'm a Stars fan, but the hit was indefensible. I don't know if three games was the right number though. You can see it on the AHL's built-in media player. It's the very first play in the video.

Expect Ethan Graham in the lineup to replace Stafford. This is definitely a big blow to the Stars.
league discipline 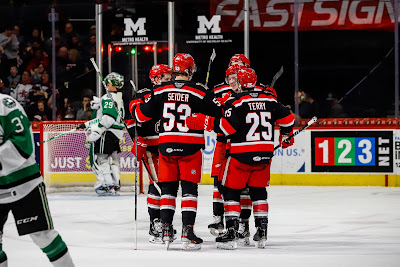