As Expected, Dallas Calls Up Larsen 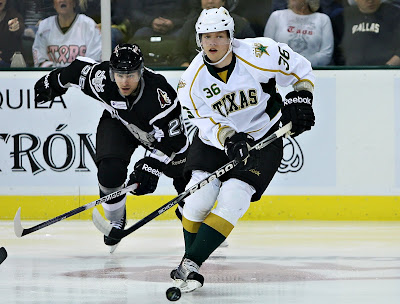 Texas is down to bare bones on defense as Dallas called up Philip Larsen today. The young Dane is coming up to fill in following a freak accident during third period warmups. Matt Niskanen and Karlis Skrastins collided during warmups and both are pretty banged up. Dallas plays tomorrow against the Rangers at home and at Minnesota on Sunday.

This may necessitate the call up of someone from Idaho. Monast is under contract in the ECHL and is a potential callup. Additionally, with 6 days off, Blindenbacher or Stephenson could be available.
dallas stars roster moves