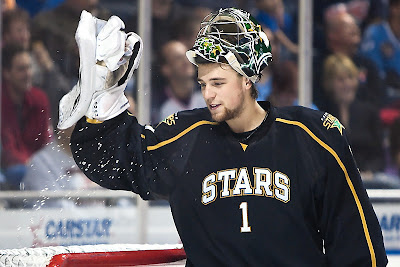 Beskorowany in warmups before a game in Milwaukee. (Credit: Chris Jerina)

As I hypothesized yesterday, Tyler Beskorowany was sent down to Idaho today before the game with Grand Rapids. This was nothing about Beskorowany's play at all. This was a way to get him more playing time, as he has only gotten two starts in the last 30 days. In Idaho, he will get a chance to develop at a better pace with more minutes.