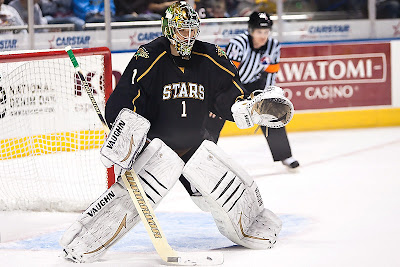 Beskorowany's call up is needed as Brent Krahn is currently day-to-day with a lower body issue. He is likely to be in the lineup for the Milwaukee game. Beskorowany could possibly start Sunday, but I doubt it. You can see his stats in the release below.