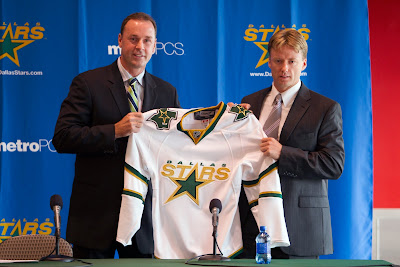 With coaches Gulutzan and Jerrard hired in Dallas, the draft completed and development camp over, the Texas Stars have turned their focus to their head coaching vacancy. According to sources, the field of candidates has been reduced to no more than three. It has been confirmed that the field includes former Chicago Blackhawks head coach Trent Yawney, as first reported by the Dallas Morning News.

The Stars are currently working to select their top choice for the job, and it is believed an offer to the leading candidate is forthcoming sometime this week with an announcement to follow. At worst, the position could be finalized sometime next week.