Around the League: Hockey Starts This Weekend in Traverse City

Posted by Stephen Meserve on September 09, 2011 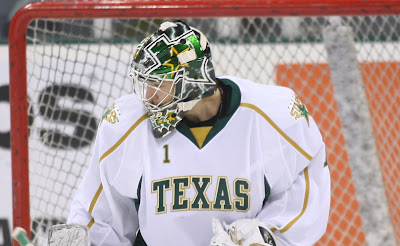 Tyler Beskorowany and the Dallas Stars prospects will take the ice this weekend in Traverse City for the first organized hockey action of the season.(Credit: Texas Stars)
The prospects of the Dallas Stars organization, including many current and future Texas Stars, take the ice starting tomorrow in the Traverse City Prospects tournament. One of the games will be televised on NHL Network, Sunday's matchup against the Rangers at 5:00 PM Central. Otherwise, you will have to stay on Twitter to keep up with live scoring.

I had previously posted the complete roster here, and the schedule is below:

Here's some other hockey stuff to keep you going until Sunday's televised game:

around the league traverse city