Around the League: In Search of Hockey News

Posted by Stephen Meserve on September 02, 2011 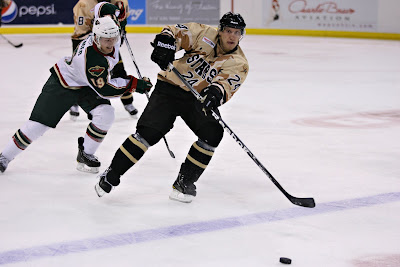 (Credit: Texas Stars)
There is a trickle of hockey news coming along at this point, so I've finally got enough to justify a post. Let's take a look at what's going on out there.