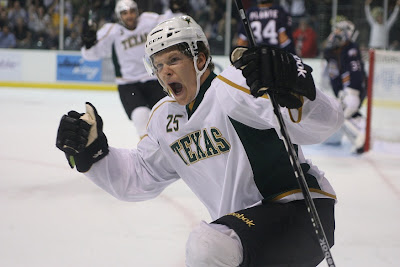 The All-Star game will be played at 7 PM EST on Monday, January 30. Last year's contest was broadcast locally in the Austin area. There is no word yet on whether the game will be broadcast again for Central Texas hockey fans.
allstar