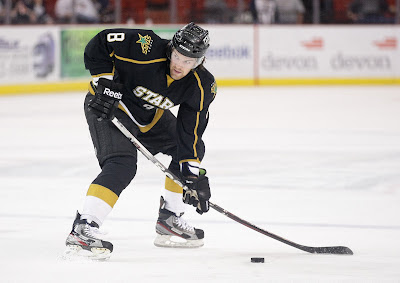 As the season winds down, Texas got Jordie Benn back from Dallas today. Benn, who was called up as an injury to Mark Fistric took him out of the lineup, did not play in any games in this stint in the NHL.

Benn will join a crowded blue line with seven defensemen already in the lineup for Texas. He will definitely play, however, likely bumping Jace Coyle or Hubert Labrie out of the lineup. I would bet on Coyle. Coach Pyle has shown a preference for Labrie's hard nosed defensive play over Coyle's more offensive but questionable defensive game.

The Dallas Stars announced on Monday that the club has assigned defenseman Jordie Benn to the Texas Stars, Dallas’ primary affiliate in the American Hockey League (AHL).