What to Expect from the Draft: Texas Stars Edition 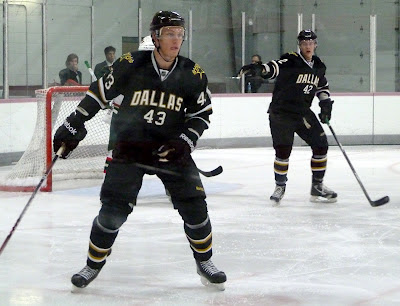 The NHL draft begins this Friday in Pittsburgh, and the Dallas Stars have a boatload of picks with eight total through the seven rounds. If you're picking outside the top 10 selections or so, the NHL draft is very much about delayed gratification. Some of the top players in the draft this year, like Nail Yakupov, the consensus number one pick, will play in the NHL next season. Otherwise, it's the long slog through juniors and the American League before eventually making the show.

So when do the 2012 draft picks start filtering up to the Texas Stars?

One of the best ways to figure this out is to start seeing when the current players for the Texas Stars were drafted. We did this for the 2010-11 season here.

As in that post, here is a look at the players who were originally drafted by the Dallas Stars organization and are expected to play for the 2012-13 Texas Stars.


Aside from veteran leadership in Francis Wathier, all of the players coming on next year's squad are 2007 draftees or later. Two of those 2007 guys, Sceviour and Gazdic, are just finishing up their ELCs this summer and were extending qualifying offers yesterday. Austin Smith, who took five years between draft and entering the pro ranks, is just getting started on his first ELC.

You'll see as the year gets higher, the round gets earlier. The earliest we could expect a 2012 draft pick in Texas would be 2013-14. This is only in a very special case, however. There are a lot of rules around when players may leave juniors. Jamie Oleksiak got lucky because he was drafted out of Northeastern, not the junior system. He was allowed to only play one year in the OHL before leaving to go pro.

So take note of some names on Friday, but don't expect to see them on the backs of jerseys at the CPC anytime soon.
dallas stars draft