Around the League: AHL Schedule Is Coming, Blame the NBA 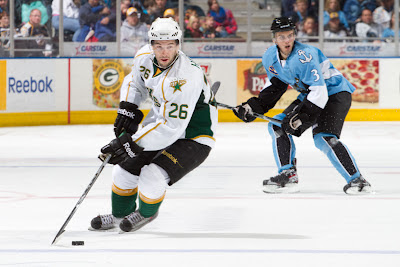 Just a few short notes in the dead of summer...

NHL and ECHL fans have had schedules in hand for weeks, even months, but the AHL fanbase will have to wait a week or possibly a bit more for the 2012-13 slate of games to be released. The AHL has set an August 20th date for a meeting of the Board of Governors to approve the schedule. Preliminary schedules went out to teams this week for review. After the final vote, the schedule should be finalized and sent out pretty quickly.

If you want to blame someone, take aim at the NBA. The Association takes precedence over the AHL in terms of scheduling, which affects the five member teams that share their arenas with a basketball tenet. Those clubs, all in the Western Conference, delay the schedule until up to three weeks after the NBA schedule release, which happened this year on July 26th. Remember also that some teams, while not sharing a venue with the NBA, would like as much as possible not to share nights with them for traffic and attendance reasons. OKC is a good example. The Cox Center is right next to the Thunder's home arena, Chesapeake Energy Arena, in downtown OKC.

Elsewhere in the league:

around the league scheduling