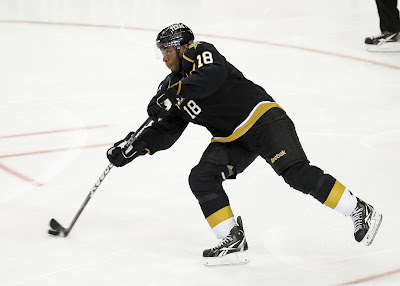 As we slog through the deadest month of the year in terms of hockey news, it's a good time to review one of the most basic rules of the AHL roster: the veteran rule. Here's the leanguage that the AHL uses on its website to describe the rule.

If that's a little confusing, that's OK. Let's break it down.

With 76 games in an AHL season, two-hundred and sixty games is enough to get through a player's initial three-year entry-level contract (ELC) without hitting the rule. In fact, fourth year players are generally exempt from the rule, having played at most 246 regular season games to that point (82 NHL games per season over 3 seasons).

The 320 games player rule was added in the 2007 PHPA CBA negotiation to allow one "tweener" player. Examples of these would be Travis Morin or Luke Gazdic in the 2013-14 season.

Here is a list of the most veteran players on the Texas Stars this season. You can see in the list that only four players expected to spend time with Texas this season will qualify as AHL veterans.


Included for completeness, here are the next few "most veteran" players. None of these players triggers the veteran rule, though.

analysis player contracts the business side