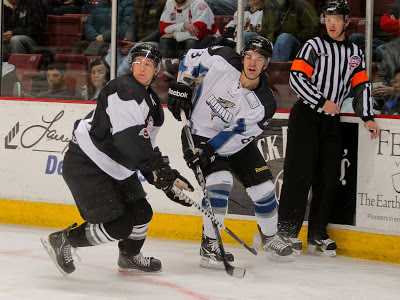 The Stars announced today that they have reassigned Hubert Labrie to the ECHL's Idhao Steelheads. Labrie got into one game, against OKC, in his stint in Cedar Park. He got into a fight and had a plus-1 rating despite the team's 6-4 loss. This likely means good things for Tyler Sloan's health. He has been out with an unspecified injury for the last week.