Nieuwendyk: Texas Could Join Dallas for Practice, Scrimmages Next Week 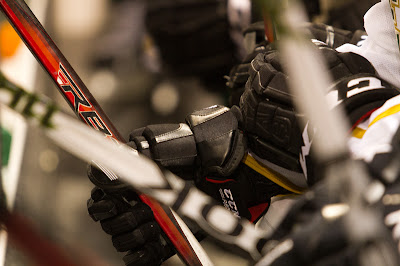 The band might not be breaking up quite as quickly as previously thought. Dallas Stars GM Joe Nieuwendyk has pointed to the possibility that the Texas Stars could all stop by the Dallas training camp between games next week to practice and scrimmage with the big club.

Texas has a game in Oklahoma City on Sunday and doesn't play again until Wednesday in Chicago. On Monday and Tuesday, it sounds likely that the Texas Stars will travel to Frisco to practice with Dallas and play in competitive scrimmages to help offset the lack of exhibition games in the NHL preseason schedule.

It is definitely a great opportunity for the memebers of the Texas Stars who would not have otherwise found themselves in Dallas this week but might have in September. Among those are Austin Smith, Nemeth, Sceviour, Fraser, Glennie, Roussel, Gazdic, Vause and Hedden.

One thing the Stars will have to monitor though is rest days. Texas will come off a week of rest to play three games in three nights and then go immediately into highly competitive practices and scrimmages against NHL calibre talent for two days. They will follow this with a trip to Chicago and a game against the Wolves. That game will start a four games in six nights stretch for the club.
dallas stars training camp