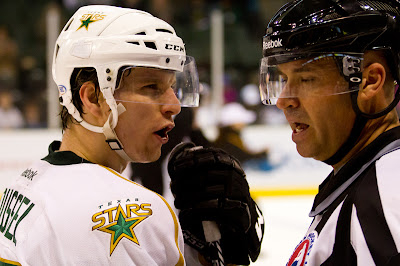 Texas Vaults Back into Playoff Spot Headed into All Star Break

The Texas Stars got back on track in the goal-scoring department on Saturday night, knocking off the Chicago Wolves 5-3 with a balanced scoring effort. It was the fourth game of the week for a weary Stars team looking forward to the AHL All Star break.

“There were spurts last night when we played some really good hockey and didn't get rewarded,” said head coach Neil Graham. “Today it was a little bit of a scramble. I thought what stood out to me was the compete, the character. It would have been pretty easy at moments not to push back in the sense that we did.”

“I thought our guys were selling out for each other [even] with the break coming up. You know, we stayed present we stay focused.”

Midseason acquisition Anthony Louis had two goals in the contest to help push the Stars back into the fourth playoff spot in the Central division. “I was just trying to play hard--play my game and it ended up working out,” said the winger. “I got a nice bounce on my second one.”