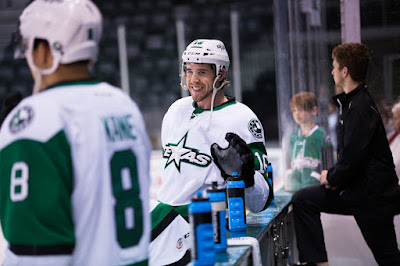 The Dallas Stars have recalled left wing Curtis McKenzie this morning. The recall qualifies as an emergency recall and therefore does not count against the four recall limit post trade deadline.

Texas has a few spare forwards at the moment and shouldn't need a recall to ice a full forward lineup on Friday.

McKenzie, 25, has appeared in two games with Dallas this season, recording one hit and one shot on goal. The forward has registered 51 points (21-30=51) in 58 AHL games this season with Texas. McKenzie currently paces Texas in goals (21) and penalty minutes (116), while he ranks second in points (51), fifth in assists (30) and fifth in plus/minus rating (+10).