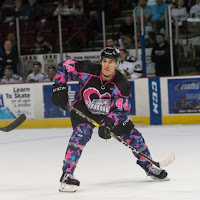 Texas has signed Aaron Harstad to a professional tryout this afternoon. The defenseman, who was acquired by Idaho in a trade with Norfolk, is likely for insurance. Andrew Bodnarchuk is not going to play in tomorrow's game against San Jose, so Texas would only have six defensemen, including Julius Honka. Honka was held out of Saturday's game after an impact with the boards that saw his head snap back pretty severely. Either way, having a seventh D on a road trip is never a bad idea.

Harstad (HAR-stad), 22, joins the Stars after appearing in 37 ECHL games this season, 33 with the Norfolk Admirals and four with the Idaho Steelheads. The 6-foot-3, 210-pound blueliner competed in 26 games last season for the AHL’s Manitoba Moose, recording four assists.

The Stevens Point, Wisc. native is a former seventh-round pick of the Winnipeg Jets in the 2011 NHL Entry Draft.