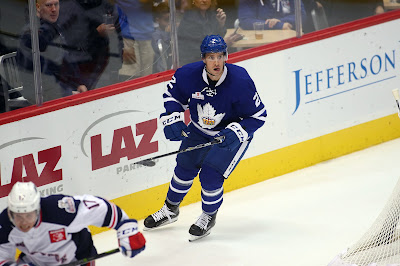 The Texas Stars made a trade on Thursday to acquire defenseman Michael Paliotta from the Toronto Marlies to shore up their defenseman depth and perhaps help with their 28th ranked penalty kill. In exchange, the Stars will grant the Marlies future considerations.

Paliotta will be listed on the team roster for Friday night's game against the Stockton Heat, but no release has been given on when he'll be available to play.

Here is the official release via the Texas Stars:


The Texas Stars, American Hockey League affiliate of the NHL’s Dallas Stars, announced Thursday the team has acquired defenseman Michael Paliotta from the Toronto Marlies in exchange for future considerations.

Paliotta (PAL-ee-oh-tuh) played four years at the University of Vermont from 2011-2015. He is a former third-round pick of the Chicago Blackhawks (70th overall) in the 2011 NHL Entry Draft.