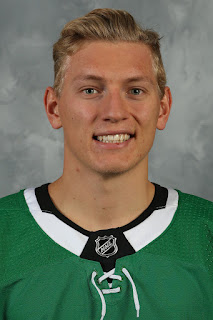 The Texas Stars have assigned defenseman Shane Hanna to the ECHL's Idaho Steelheads. With Texas adding Andrew O'Brien to the lineup, the Stars have been scratching three defensemen in the past three games. Hanna was the odd man out, so he heads to Boise.

Hanna, 22, has appeared in 14 games for the Stars and tallied two assists this season. The 5-foot-11, 200-pound defenseman spent the previous four seasons playing at Michigan Tech before beginning his pro career. In 28 games with the Steelheads, the Salmon Arm, British Columbia, native has 15 points (4-11=15).