Posted by Ryan Pennington on September 07, 2018
The first day of the Traverse City prospect tournament is in the books as the Stars won a high scoring affair over the Rangers 7-5. Down 5-3 at the beginning of the third period, the young Stars scored four unanswered goals in a myriad of ways. Here are some takeaways from game one: 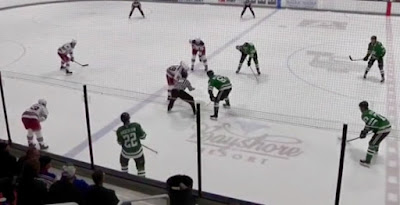 The Stars prospects will play game 2 on Saturday at 6:00 PM CDT against the Red Wings.