No Texas Stars Without #9

Here's my question. Would I be doing any of these things in Austin, Texas, without Mike Modano?

The Stars all-everything player, franchise leader in every meaningful offensive category, emotional leader and ultimate franchise player, could have quite possibly played his last professional game in this state last night. I say pretty confidently that without him you wouldn't be reading this right now.

There have always been "those people" out there who ask the questions of hockey in the South. Daryl "Razor" Reaugh alluded to them last night. They say, "Does hockey work in the South?". I want you to watch the following clip from last night's game and tell me that hockey isn't alive and well in Texas.

Austin, Texas, has a ways to go yet before it's like Dallas, but have you ever been there? There are ice rinks all over the place and youth leagues abound. Recently, the very first Texas-born player was drafted in the 2007 NHL Entry Draft, by who else but the Dallas Stars. Austin Smith, a Coppell native, got into hockey due to a Stars' youth camp to introduce kids to hockey. I guess you could say that Smith, now at Colgate, is the most home-grown talent possible, a Dallas Star to the bone. 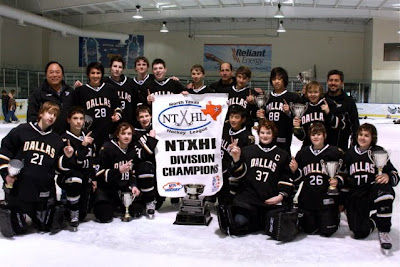 None of this would be possible without the face of the franchise. We wouldn't have a team here in Austin without #9. The explosion of hockey in Dallas that has spilled over a bit to Austin now was thanks to him.

And so I'm going to a hockey game tonight in Austin, Texas, and when Rob Mason announces that "Hockey's in the House" one last time this regular season, I'll know it's the house that Mo built. Thanks, #9.
dallas stars hockey in austin

The Texas Stars’s playoff hopes took a major hit on Wednesday as they fell to the San Antonio Rampage in a 5-3 decision. Brad McClure, Joel Hanley, and Rhett Gardner all scored to help the Stars to a 3-1 lead in the early minutes of the second period, but they went on to allow four unanswered goals.
“I thought it was a tale of two different teams tonight,” said head coach Derek Laxdal. “Played decently the first half and just fell apart in the second.”

“We came out hard in the start of the second and we popped a couple,” added Hanley. “It was nice to get ahead there, but I think we took our foot off the pedal a little bit and let them back in the game.”

McClure opened the scoring fourteen minutes into the period after two Stars power plays failed to do the trick. McClure went short side on Jared Coreau who couldn’t get the full glove on it.


The Stars dominated in puck possession and shot total, outshooting the Rampage 14-3 in the opening frame. They left the period with a tie game, h…