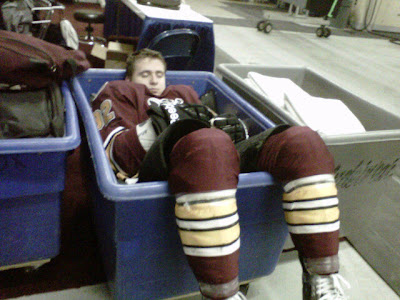 With only one game on the AHL schedule this evening, it's a good time to take a look at the playoff race as it affects the Texas Stars. Oklahoma City and San Antonio face off tonight in a pivotal game for both teams. The two are currently tied for 6th place at 73 points.

Here's the break down of probable points at the end of the season based on current points percentage: