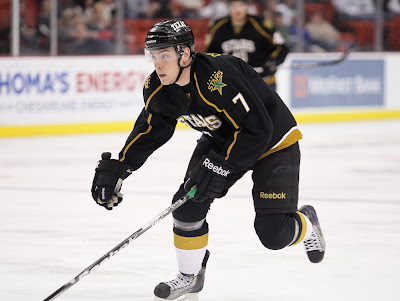 Despite a fantastic performance by Texas' Richard Bachman, the Stars came away from Oklahoma City with a loss, their first loss in over two weeks. Bachman stopped 33 of 35 shots on the night to keep Texas within striking distance through the entire 60 minutes. The loss halts Texas's win streak at five. Texas will have one more shot at the Barons next week in Cedar Park.

Texas and OKC skated through a scoreless first period. Kevin Montgomery opened up the scoring in the second period with a goal just over two minutes in. The Stars only managed five shots in the middle frame and were being outshot 28-14 after 40 minutes.

Alexandre Giroux extended the lead in the third period, beating Bachman glove-side on screened shot. Despite their best efforts, the Stars could not beat Jeff Deslauriers, giving him his second shutout in as many nights.