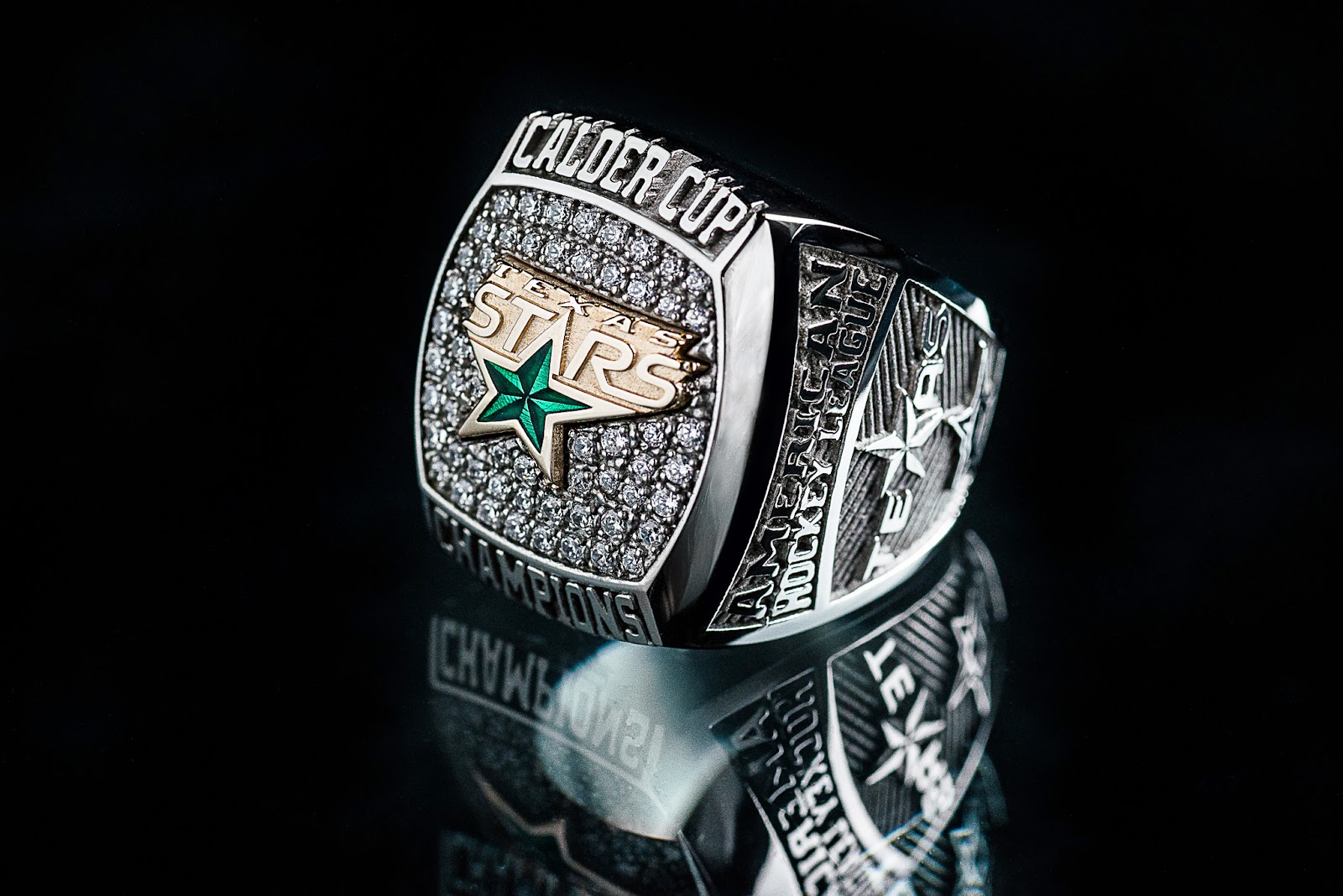 "Ever since we won, I feel like that's all we've been talking about, "when are we going to get our rings?'," said Maxime Fortunus, captain of the squad.

The six month process of designing the rings was an important one for the Stars organization because of what the ring represented to each individual and the group as a whole.

"It's a symbol, a small thing, but it represents a lot. It puts everything in perspective, how hard it was to get that little thing and the feelings that it brought."

The design of the Stars' ring started almost immediately after the Calder Cup win, according to Michael Delay, VP of sales and marketing for Texas. Following league meetings in July, the Stars began the process of researching possible companies to create the lasting symbol of their championship run.

"We looked at who had done rings for recent cup winners, some companies in town," said Delay. "Some companies reached out to us. We started there, picking our top few companies. We also reached out to folks from Grand Rapids and Norfolk. It was basic stuff: it needs to have the Calder Cup, the year, and names on some of them."

Texas selected Baron Rings out of Canada to create the rings. They were last involved memorializing the AHL's top prize in 2011 when the Binghamton Senators defeated the Houston Aeros.

Baron brought some design concepts to the initial meetings. Early proposals included the Calder Cup on one side of the ring and the other three trophies Texas won on the opposite side, an idea that Delay had seen on a Pittsburgh ring from one of their recent Stanley Cup seasons. Another early proposal used the Stars' secondary logo on the top of the ring.

Over the next four weeks, Texas worked with Baron to design the rings, going through over 30 iterations before arriving at the final design. It was a collaboration between Delay, Rick McLaughlin, Scott White and then-owners Hicks Cedar Park.

Throughout the process, Delay said the sides of the ring, called the shoulders, were the part of the ring that "had the most back and forth."

Once the design was finalized, Baron kicked off the process of creating all the rings, which took approximately ten weeks. The Stars ring was unique in that it is the first championship ring created using 3D printing technology.

Arthur Horton, the sales director at Baron who worked with the Stars, describes the process:

"A Baron graphic designer sends the ring info to production, which will then get programmed into the 3D printer. The 3D printer prints out a wax of the ring, which is then casted in the chosen metal. In this case, the ring was two separate pieces. The base of the ring was create in white gold and the Texas Stars logo was in yellow gold. Both pieces are casted separately and soldered together.

"From there it goes into the setting process. The ring had 143 stone set over the top and side of the ring. After setting is done, the ring goes into the final stages of adding the color green to the logo and polishing."

The player and coaching staff rings are 6kt white gold with 6kt yellow gold for the logo. Each weighs approximately 50 grams (1.76 oz) and has 143 synthetic diamonds for a total carat weight of 1.75.

In addition, each player ring is personalized with their name across the top of one shoulder and their number across the base of the Calder Cup. Delay and his group were responsible for making sure all the names were correct not just for players but also for Dallas staff, hockey ops, Texas hockey staff and front office staff in Texas.

After spending six months working on the design, Delay also admits that no matter how the rings turned out it was about something bigger.

"Of course, I care how it looks, but to a certain extent, I'm just happy to be getting one," he said with a smile, eyeing the ring on his finger as he sat at his desk.

"As long as people know what it is, I almost don't care what it looks like. I'm just happy to have been a part of the entire thing."

Saturday night's promotional giveaway will be a statue replica of the Texas Stars' Calder Cup championship rings. Thanks to Baron Rings and the Texas Stars for the images included in this article.
calder cup