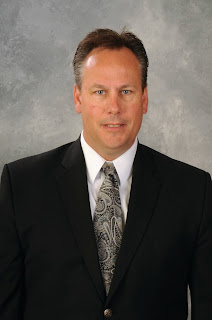 Texas wasted little time after hiring Jeff Pyle before bringing on a new assistant and completing the Stars' coaching staff. Jeff Truitt comes to the Stars from the San Antonio Rampage, where he spent one year under Ray Edwards. When the team relocated to Portland, Truitt decided to stay behind and pursue other opportunities.

Truitt has most of his experience in the WHL with the Kelowna Rockets, winning a championship with the club in 2005 in his first year as head coach. In three seasons with Truitt as the head coach, the Rockets posted a 113-76-18-9 mark with two postseason appearances. He was an assistant on the club from 2000-2004.

The club also had success with Truitt in the assistant role with a championship in 2003 and 2004 and a Memorial Cup win in 2004. He moved to the Springfield Falcons in 2007 as an assistant and was promoted to head coach in 2008 but was replaced midyear. He spent the 2009-10 year as Director of Hockey Operations for the Moose Jaw Warriors of the WHL.

“We are pleased to add Jeff Truitt to our coaching staff here in Texas,” said General Manager Scott White. “He has experience at the AHL level and has proven that he can work with young players. We expect him to play a key role in developing future Dallas Stars.”

Coach Truitt is not expected to join Coach Pyle for the Meet the Fans event on Wednesday.
coaching