Glennie, Dillon to Get a Look in Dallas (Update: Benn as well) 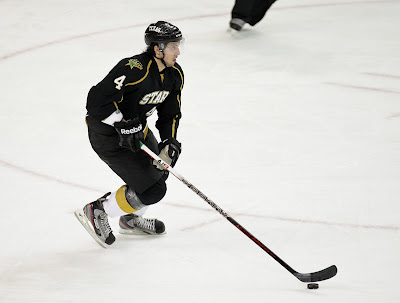 The Dallas Stars announced this afternoon that Scott Glennie and Brenden Dillon will both get into their first NHL game tomorrow night against St Louis. With the Stars out of the playoff race, Dallas is expected to sit some of their forwards who had been nursing injuries, including Ott, Morrow, Ribeiro and Dvorak.

Dillon is a fine callup for Dallas. He's suffered a bit this year from the expectations game. He came in with some pretty high ones and had a year that I don't think should be a disappointment for a rookie defenseman. Dillon has skated in every Texas Stars game this season and scored 5 goals and 21 assists with a minus-9. This is a good chance for Dallas to see what they have in the young blue liner. 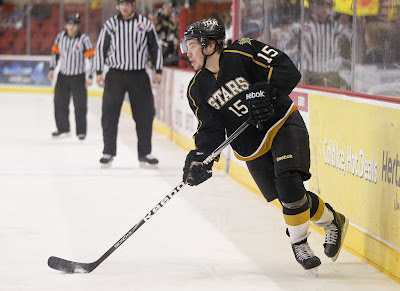 There are more issues with Scott Glennie's callup, in my mind. Glennie has done great work to shed the label of a "bust". He is a rookie by AHL standards but also suffers from the expectations game of being a first round draft pick. He has shown things this year that were never part of his game in Brandon, including physicality and strong forechecking. That came from being paired with two vet forwards, Wathier and Sceviour. In fact, that leads me into my next point.

Nothing against the game that Glennie has brought this season, but Colton Sceviour should have been that final callup. Sceviour has been a constant competitor night in and night out. He set career highs in goals, assists and points while consistently playing top line minutes and taking his share of the load on the power play and penalty kill. He is a leader for this team and a major bright spot in a rough year for the club.

Dallas should have seen to call him up for one game to give him a chance to show what he can do. He is a restricted free agent this summer, and this non-callup could be very bad for his contract status in the summer with Dallas.