Austin Smith Returns to His Roots, Talks Growing the Game in Texas 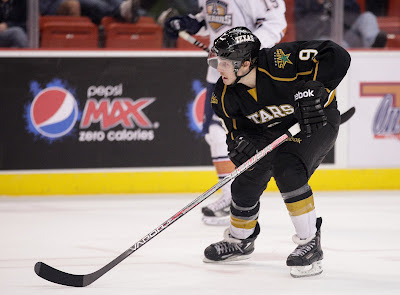 For Texas-born hockey player named Austin, playing your first professional game just a stone's throw from the State Capitol is a unique and special occurrence.

"Getting my chance to play in Austin was surreal," said Austin Smith at this month's Development Camp. "The fans were amazing. It was amazing to have that atmosphere being a Texas-born player."

Smith started his love of hockey early on when his Dad took him to Dallas Stars' games when the team first moved to Texas. The Coppell, Texas, native picked up roller hockey shortly thereafter and then transitioned to ice, playing most of his youth career at the Stars' former practice facility in Valley Ranch.

After moving to Connecticut to play at Gunnery Prep, British Columbia to play for Penticton, and later attending Colgate University in upstate New York, Smith has returned to his hockey roots for what he hopes is a long time. After finishing up his college career in the spring, he joined the Texas Stars for the final twelve games of their 2011-12 campaign.

In Cedar Park and the Central Texas area, Smith sees an opportunity for hockey to gain a foothold as a big-time youth sport. He was among the "first generation" of youth hockey players in Dallas. With the arrival of the Texas Stars, the Austin area could be seeing that same influx happening right now.

"[Birth years] 1986 to 1988 are that first generation of hockey here in Texas. There were probably only a couple hundred kids playing when I first started." 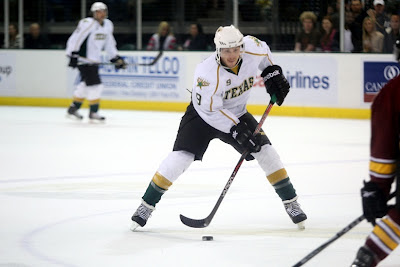 (Credit: Portraits by Deena)
Smith, who was born in 1988, saw hockey as a great alternative to football and basketball, even if it made him a little different than most of his friends.

"I was little when I was young, so it was a good sport for me. I was never 'football-sized' and I wouldn't have made it in basketball either. However, there were times where I felt a little different, where you're at middle school and no one plays hockey. Everyone goes after school to play basketball or whatever."

For Smith, the first step to growing the game in Central Texas is the addition of more rinks. With the closing of the Chaparral Ice location on I-35, the community has been reduced to one year-round rink. The Chap's recently announced partnership with the Texas Stars will help things but CenTex still has a ways to go before it reaches the level of coverage that Dallas boasts.

"That's one beauty of being here in Dallas. There are 10-12 rinks in a 30 mile radius. If we can find a way to get more rinks in the area, that will definitely help the cause. That's the place to start. The ice is so expensive, and unless you have more facilities, the demand is so high and the price will only go up.

For now though, Smith points out that youth players with NHL dreams needn't worry about getting on the ice every day. He often tells parents during clinics that off-ice or "dry land" training is just as important to the growth of a young player.

Regardless of where the training happens, the passion for the game will start for many at the Cedar Park Center, just as Smith's passion grew out of trip to the Reunion Area in Dallas.

"You have to get the kids started young on it. Everyone else goes out to play football, and I was playing hockey. I had a love of the game, and we need that to get more kids into it."
development camp hockey in austin interviews