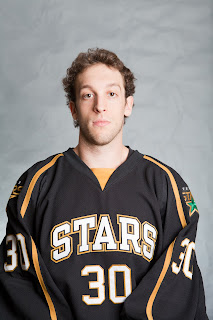 Hundred Degree Hockey was able to confirm this afternoon that goaltender Josh Robinson was recalled from the ECHL's Idaho Steelheads this afternoon. Robinson, who is on a two-way AHL-ECHL deal with Texas, is 5-0-0-1 with a 2.60 GAA and .920 SV% in six games with the Steelheads.

Both Jack Campbell and Cristopher Nilstorp played this weekend, leading to questions about why Robinson was called up. There is no doubt he is hot, but is Texas looking to put him into game action? Especially with the turnaround weekend that the club just had thanks to 3 points in their last two games, I am not sure that's the reason.

I will work to get more information as I can.
idaho steelheads roster moves