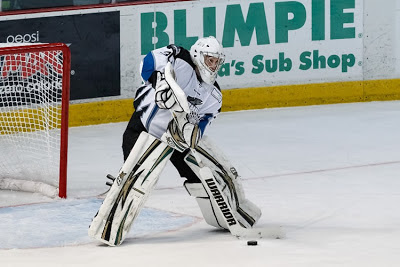 The Idaho Steelheads went into the Christmas break a little more humbled as after losing 6-2 to the Ontario Reign on Dec 15th they would fall 4-2 to the Utah Grizzlies and 2-1 (SO) to the Las Vegas Wranglers.

On Wednesday Dec 19th, Josh Robinson would suffer his first regulation loss to the Grizzlies. It wasn’t for lack of effort on the goaltender or the team’s part. It was just a case of missed opportunities and unfortunate bounces. The travel schedule hasn’t been kind at the moment either as the Steelheads played their 4th game in 5 nights in 4 different cities. It didn’t stop the Steelheads from firing from all angles, as they did out-shoot the Grizzlies by 15 shots for the game. Ultimately the final piece of the puzzle was Utah’s power play goal to extend the lead to two that ended any change of a comeback.

12/19 Game Notes: Steelheads only had 5 healthy defensemen with Hubert Labrie (Texas) & Patrick Cullity (Springfield) in the AHL and Jace Coyle suffering from an injury. Other than Robinson taking the loss, the only notable stat line from the game was Austin Smith being -2 for the game. Steelheads were 0 for 9 on the power play.

Against the Las Vegas Wranglers, and in front of a sold out Century Link Arena, Tyler Beskorowany got his shot at redemption coming off the 6 goals allowed against Ontario the week prior. “Besko” looked solid and the only blemish was a short-handed breakaway goal by Eric Lampe. Lampe picked up a terrible dump in attempt that turned into a tape-to-tape pass that sprung him loose for the goal. Despite his numbers, Lampe is a top 15 point man in the ECHL, but as the Wranglers have struggled so has he. Austin Smith, was able to get the only Steelheads goal on the night was on a line rush, he let a “nasty” wrist shot go from just inside the blue line that beat Wranglers goaltender Joe Fallon high glove and exploded the water bottle off the top of the net and into the corner towards the end of the second period. That was all the scoring until the shootout, which the Wranglers took 1-0 for the 2-1 win.

To be honest, the Steelheads are lucky to have even gotten a point out of this game. Despite the sold out crowd, it looked like the team was looking forward to the weeklong break that they just had. Maybe they were just happy to be home, maybe Las Vegas just had so much energy it made the Steelheads look bad. But it might be time to keep an eye on the “nasty factor” of these Steelheads as they tend to play better when they are physical vs. when they sit back and try to make the pretty plays. One positive is that despite only having 5 D-Men again, the Steelheads are doing a good job of keeping he puck out of the back of the net.

12/22 Game Notes: Still only 5 defensemen for this game. Beskorowany, 28 svs on 29 shots in the loss. Austin Smith 1g 3 shots +1 and Tristan King 4 shots Steelheads Power Play continued to struggle going 0 for 5 with a SHGA

The Idaho Steelheads continue on the road this week with two games. Once again, the schedule maker does no favors to the team as they are in Bakersfield, Saturday night for an 8p MT start and they in Las Vegas, Sunday for a 3:05p MT start. The Steelheads are currently riding a 0-2-0-1 streak in which they have only scored a total of 5 goals.

They are also going to be without forward and leading goal scorer Austin Smith (16g) as he has been reassigned to the Texas Stars. The Steelheads have picked up defenseman James Isaacs (Mississippi; SPHL). Isaacs was in training camp with the Steelheads prior to the season. Isaacs has 2g & 8a in 17 games this year.