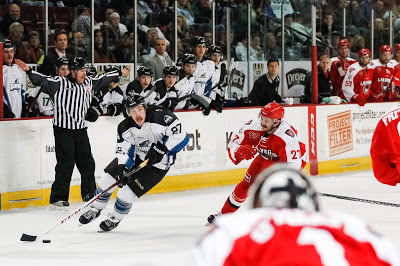 Texas returned Austin Smith to the Idaho Steelheads today. His return likely means that the Stars are expecting Scott Glennie or Tomas Vincour to return to the lineup this weekend. Given the nature of the injuries, Glennie is the more likely return candidate.

The Texas Stars, proud American Hockey League affiliate of the Dallas Stars, announced today that Dallas has reassigned right wing Austin Smith from Texas to the Idaho Steelheads of the ECHL.

Smith, 24, played in Texas’ last three games during his third stint of the season with the Stars, recording seven shots on goal, one minor penalty and an even plus-minus rating. The Dallas, Texas native has played in 20 games for Idaho this year, where he leads the team in goals (16), and is fourth in points (23). Smith has appeared in four AHL games for the Stars this season, and has played in 16 career AHL games for Texas, posting three assists and eight penalty minutes.