Hockey Is Back? No, It's Not 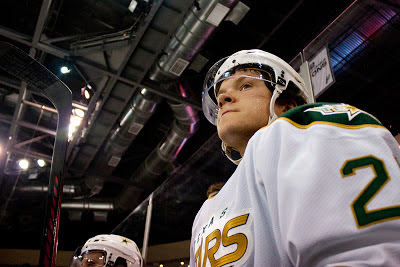 The NHL usually does a pretty good job with heartrending commercials. Maybe you've seen this recent commercial from the NHL.

How about that tag line? #hockeyisback? If hockey is back, to quote Jason Chaimovitch, what have I been doing for the last four months?

You want to talk about a 'meditation on perfection'? How about Barry Brust, a goaltender without an NHL contract by the way, snapping the AHL's record for longest shutout streak this season. Brust played three consecutive shutouts, breaking a 55 year-old record and setting a new one at 268:17 of flawless play.

You want to chat about 'dedication'? How about all the guys who gut it out in the ECHL and CHL for league minimum? In the ECHL, that comes to just over $12,000. Can you personally live on $380 a week? Add to that travel by bus and, in the AHL, regular three games in three nights... Turns out you can manage, if you're playing the best sport in the world for a living.

'Games aren't meant to be seen; they're meant to be felt.'? Three million fans have 'felt' AHL hockey in person this season. Do you think they're confused about hockey being back? What did countless season ticket holder die-hards do over a dozen times since October? Was that not hockey?

Add to that the accolades and accomplishments of dozens of leagues that I didn't mention here, not the least of which are Canadian Juniors and the NCAA. 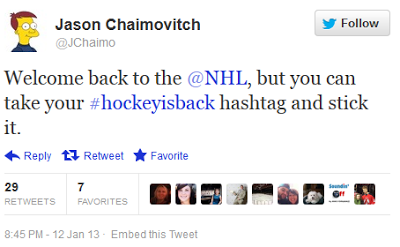