Posted by Ryan Pennington on September 08, 2018
The Stars prospects were mostly listless in a 3-1 loss against the Red Wings in Game 2 of the Traverse City tournament. Offense was hard to come by against, and the Stars only managed a couple of shots on net in the second period. Michigan native Tony Calderone scored the lone goal for the Stars which provided a fun moment for his family in attendance. After squinting really hard to find them, here are some takeaways: 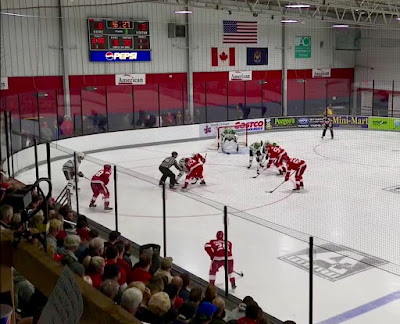 The Stars prospects will be back at it on Monday at 2:30 CDT against the Minnesota Wild.
postgame traverse city