The Burden of Legacy: Darryl Sydor Should Not Be the Next Coach of the Texas Stars 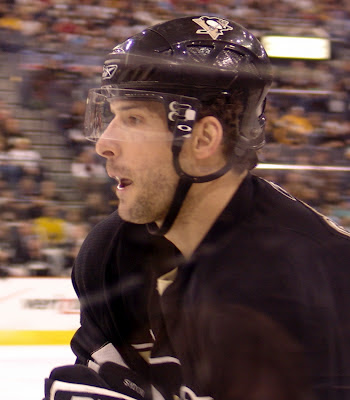 Darryl Sydor with the Penguins in 2007-08. (Credit: Michael Miller via Wikimedia Commons)

With this week's hiring of Bob Gainey in Dallas as a senior advisor to the hockey operations staff, I was reminded of a story idea I had when the Stars initially fired Coach Pyle. A lot of names have been thrown around for the Texas Stars head coaching job. With the recent flirtations in Dallas with hiring former Stars legends Guy Carbonneau or Kirk Muller in various capacities, the name Darryl Sydor has been mentioned by many fans in connection with the Texas Stars' vacant head coaching position.

The first, and perhaps more obvious of the two reasons not to hire Sydor in this capacity, is lack of experience. At 1291 games played in his 18 NHL seasons, no one can argue that Sydor is not a veteran and experienced presence on the ice. Sydor racked up two Stanley Cups and five total visits to the Stanley Cup Finals over his career. In juniors, he earned a Memorial Cup with the Kamloops Blazers.

However, coaching is a whole new gig for the #7 overall pick in the 1990 draft. Sydor started off in the AHL only last year under head coach Mike Yeo in Houston. While the team did make it to the Western Conference Finals, it's just one year. When Yeo was swept up to the NHL by the Wild, Sydor came with him to continue his assistant coaching role in Minnesota. With all the injuries to their players, they were practically coaching the Aeros again by the end of the season. They predictably missed the playoffs completely.

With no head coaching experience on his resume, there is automatically a knock against Sydor for the job. Texas, and indeed the entire Dallas prospect system, is in a place where it can either explode to fuel the growth of the Dallas Stars for the next decade or completely implode and ruin any chance of hoisting the chalice. A lot of that keys on how a coach develops their prospects and teaches them. While I have no doubt that Sydor will one day do this to great effect, he doesn't have a proven record of doing it today. The organization isn't in a place where it can take a chance on an unproven commodity. 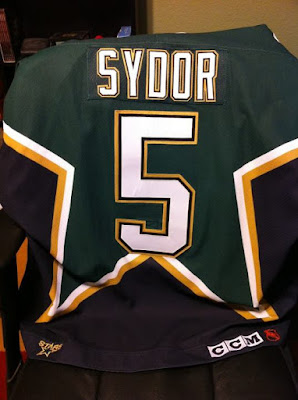 The jersey that made Sydor an immortal to Stars fans (Credit: James Mitchell)

However, the bulk of my argument against Sydor becoming the next head coach is built on legacy. Others have opined on the topic before, but it bears saying again. A large percentage of the Dallas fanbase is fixated on the Stars from 1999. I'm not saying that it is a bad thing to admire players who performed well and brought a championship to Big D. What I am saying is that Dallas fans need to back up and see the forest. Putting such laser focus on one era of this team really doesn't seem prudent in a hockey environment that has changed so much. To put it in perspective, the Stars' Stanley Cup win was 13 years ago this June; whoever the Stars draft in the first round this year would have been 5 years old when that happened. It was a while ago.

So really, it's not fair to Sydor, or any other legacy name you might mention. The added burden that would come with having been on that team is too much for a first time head coach.

All that said, why could it still possibly happen?

I mentioned the Kamloops Blazers early for a very specific reason. Dallas owner Tom Gaglardi is part of the ownership group for the Blazers with several NHL players including Sydor. I have no knowledge of their relationship in that regard, but it is a connection to keep in mind. Also, while the pressure is huge for someone connected to Dallas in such a way so is the positive PR. How much do you think it would be worth for the organization to be able to say that one of the players from that team returned to coach here?

I don't think it's worth the other risks, but it's something to ponder.
analysis